How to increase the chances of getting pregnant at 35 ? 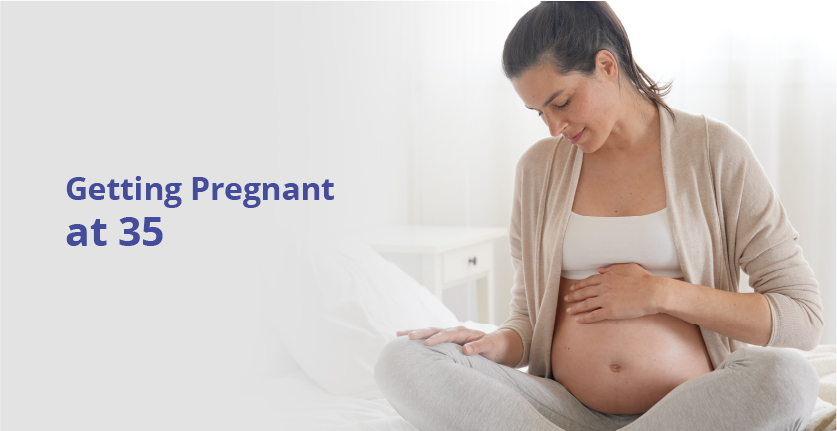 Age is certainly one of the major factors that decide your ability to conceive. Your fertility starts to decline as you touch your 30s and it gradually reduces further until menopause. But that doesn’t mean it’s impossible to get pregnant at 35. It’s quite common and there are a lot of success stories that vouch for the same too.

The chances of getting pregnant per cycle to reduce from 25% per cycle in your 20s to about 5% per cycle in your 40s. Also, the chance of likelihood of miscarriage increases from 15% in your 20s to about 40% in your 40s.  The major reason for the same is the reduced egg quality. The eggs might have more chromosomal defects that could affect their viability. There is also a risk of having an abnormal pregnancy, a miscarriage or a Down Syndrome pregnancy. By the time a woman is into her 40s, there are 90% chances of the eggs being chromosomally abnormal.  One more major thing one could do is to freeze her eggs anytime before 40, which helps in having a healthy child at a later date.

Your partner’s age also has a role to play in the same. If your partner is 5 or more years older than you and you are over 35 years of age, your odds of conception is definitely lower. Hence, multiple factors are responsible for the same.

Time is an important factor when it comes to getting pregnant after 35. If you’ve been unsuccessful even after trying for 6 months, it’s better to seek medical help as the more you delay, there is the chance that you could have more complications. It is always correct to check for fertility problems and if you have them, it is better to get it sooner than later, as the success rate of the same falls as you get older.

It is also a good option to take some prenatal classes as this helps in preparing the couple mentally to face the journey ahead with much better knowledge of the situation and confidence. It also helps you understand the complexities that might arise and put you on a pedestal.

Initially, it’s important to get assessments done to find out about the quality and the quantity of the eggs.

Three simple blood tests can check hormone levels and reveal more information about egg quality. These tests may also help diagnose infertility in a younger woman, who ordinarily would not be experiencing diminished ovarian reserve or poor quality:

Basal FSH: FSH (follicle-stimulating hormone) is the main hormone involved in producing mature eggs in the ovaries. If this test reveals excessive levels of FSH in the body, it is a signal that the brain is trying to boost poorly performing ovaries into action. (In other words, the ovaries may need extra help to make eggs.)

Estradiol: Estradiol is the most important form of estrogen found in the body, and is responsible for maintaining healthy eggs in a woman’s ovaries, as well as for facilitating a healthy pregnancy. If this test shows high levels of Estradiol, it indicates a problem with egg numbers and/or quality.

Anti-mullerian hormone (AMH): AMH is a blood test that directly measures ovarian reserve. It is produced directly by early-stage ovarian follicles. High levels (over 1.0) are favourable, while low levels (less than 1.0) indicate decreased ovarian reserve. AMH may be the best measure of the menopausal transition and ovarian age. It may also be useful in predicting ovarian hyperstimulation syndrome, the effects of chemotherapy, and in determining the treatment of PCOS.

AMH seems a superior predictor of ovarian response compared to other markers, including age, and day 3 FSH and estradiol. It offers a similar predictive value compared to AFC. AMH can be drawn at any time in the menstrual cycle and is not affected by hormonal therapy, including oral contraceptives.

Some of these pre-fertility tests can be done by your primary care physician or gynaecologist before seeing a fertility specialist.

Antral Follicle Count: One of the first tests that are typically performed at an initial patient visit at PFC is a transvaginal ultrasound. This ultrasound allows the physician to evaluate the uterus and uterine cavity, and ovaries. Especially if done just prior to ovulation, the ultrasound can be very informative in making sure there are no fibroids or endometrial polyps affecting the uterine lining. Very importantly, the physician can assess the number of small follicles in the ovaries. Ideally, about 10-20 total follicles should be visualized between the two ovaries. If the follicle count is much lower, this may be an indication of declining ovarian reserve.

There are multiple treatment options to get pregnant when you’re posting 35. The following are a few of them that could help you with the same, such as the below ones:

Also Read: How to get Pregnant in hindi 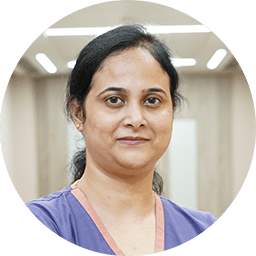